I posted an article a few weeks ago with information about the new Tangent Element color correction control surface to be unveiled at IBC. Well, IBC is upon us (almost), and Tangent Designs has posted some photos of the new surface.

As you can see, it’s a modular design that’s also able to “click” together via hidden magnets in the sides. They connect via USB, and so you can arrange the panels any way you like.

All of this you can read on their web site, but I thought it would be fun to show you a bit of history of how these panels were first designed. When Tangent Designs contacted me a year ago, they sent me some photos of their first stage of design, foamcore mockups wherein they tried to work out the ergonomics and overall desirability of the form factor. 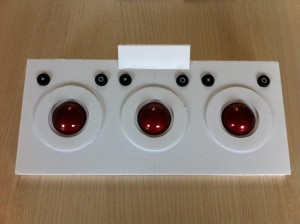 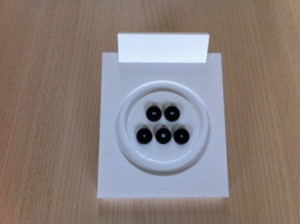 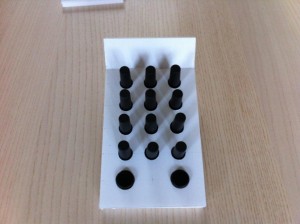 To give an idea of what they were initially thinking, they also provided some theoretical desktop arrangements of the element panels alongside other input peripherals. 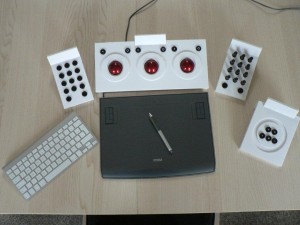 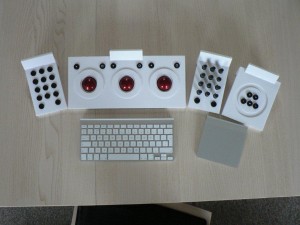 Now, you can compare these to the form factor that’s actually shipping. The biggest difference is that they added 12 buttons to the transport panel, along with a single trackball/ring that’s meant to do double-duty as a jog wheel/shuttle, depending on individual vendor’s implementations. 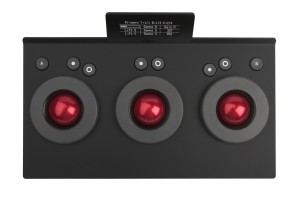 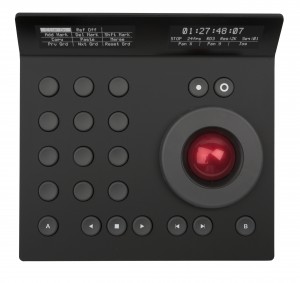 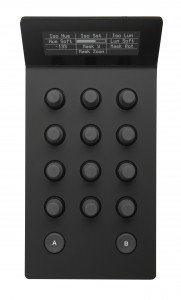 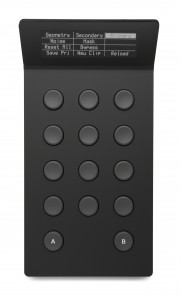 I wish I could be at IBC to see folks reactions. Personally, I think they’re a great set of budget panels. Granted, the Wave and Avid MC Artist panels are cheaper, but these will satisfy anyone with a yen for more knobs, and a higher-quality feel.

Furthermore, notice that every single control is dynamically labeled via monochrome OLED displays at the top. Granted, you can develop muscle memory for an unlabeled set of panels that you use day in and day out, but if you’re like me and you bounce around from task to task to task, with grading sessions sometimes separated by weeks, this is a big help.

The Insecurity of Media Creation

That’s cool to see those early mockups. Thanks for posting them.

They definitely look nice. Can’t wait to hear reports from IBC on their feel.

Since they aren’t listed, I have to ask: any idea on when the Resolve team will support these?

I have no information about whether or not Resolve will support these or not. That said, I hope they do.

Which they add the ability to use the iPad as a display for some of the function ..on top of those white LED..but over this look really nice.