My first love continues to be narrative screenwriting, most of which is intertwined with the projects I direct. My most recent screenwriting projects include the documentary-style promo Shenzhen Symphony, co-writing the Chinese language Carry My Heart to the Yellow River, writing the dystopian science-fiction thriller, Checksum (currently in postproduction), writing and development of the as-yet unproduced action-horror series Hidden Among Us, and writing the science-fiction thriller short The Place Where You Live (now available on YouTube).

It’s no secret that, in-between writing/directing independent movies and working as a colorist, I also consult for software companies that make postproduction applications, and write user manuals and third party books to educate new generations of postproduction professionals. Here’s the list.

While I did some revisions and new feature documentation in the DaVinci Resolve 8 user manual, Blackmagic Design hired me to do a total rewrite for DaVinci Resolve 9. It ended up being a 600 page, near total rewrite (to give you some perspective, the previous version of the manual was 435 pages). It was quite a challenge keeping up with the DaVinci Resolve team as they piled on the improvements and evolved the interface far beyond previous versions, not the least because of my additional involvement as a product advisor, working with the DaVinci Resolve product design and engineering teams to improve workflow and design important new features and enhancements. Today, I’m extremely proud of my work on both the application and the manual. I continued to be the sole author, updating the manual to keep pace with new features in versions 10 through 16, bringing the total page count to a whopping 3,016 pages with the addition of the Fairlight, Fusion, and Cut pages. Happily, after version 16.0 I stopped being the only writer for the DaVinci Resolve documentation, with three other contributing writers helping me out beginning with the documentation for 16.1. 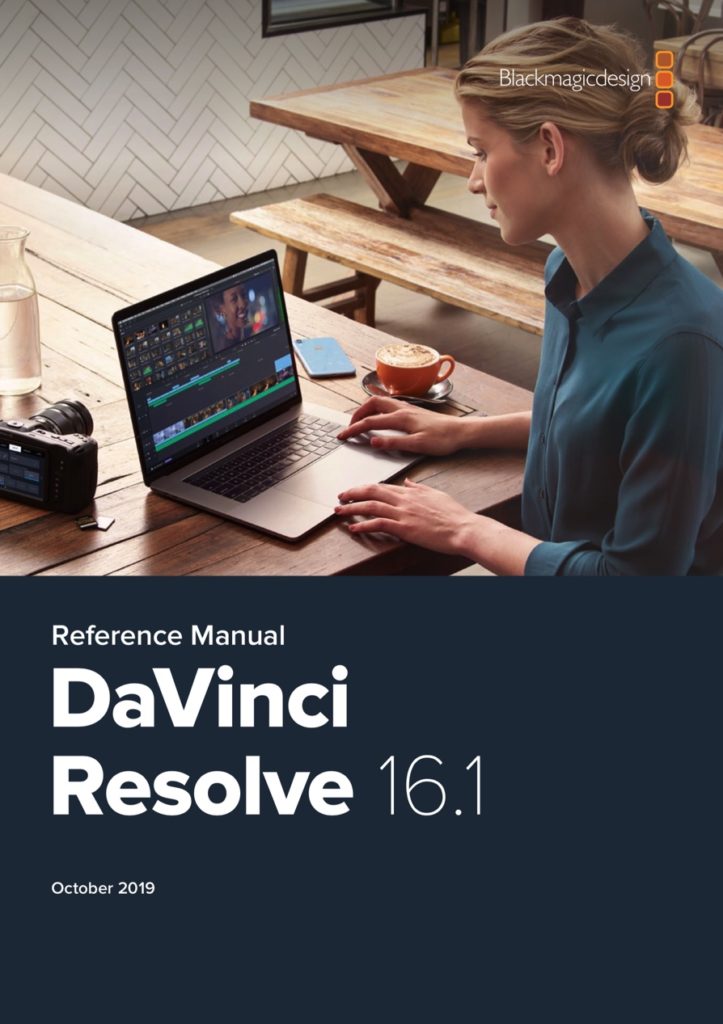 Back in version 9, the update did not go unnoticed. Joe Herman at the NYC Production & Post News site writes “Before we dive into the most important new features in Resolve 9, let’s take a moment to talk about something many other companies seem to forget about these days: a good manual. Looking like it’s been completely rewritten, the manual now tops out at a thorough 600 pages full with tastefully handled graphic design and loads of helpful illustrations… The new manual thus doesn’t take it for granted that the reader is a color suite veteran, but starts out with an intro to color correction’s fundamental concepts. An in-depth tutorial covers a remarkable amount of ground on how to work with Resolve, including how to import a project, using Resolve’s core grading tools and then rendering it all out. Hundreds of concisely written pages of in-depth reference about every facet of Resolve follow. Nice job.”

Best of all, the entire manual is available as a free download at the Blackmagic Design support site.

The best-selling book at the NAB bookstore two years running has now been revised with a second edition, with over two hundred pages of new material. My platform-agnostic book covers all aspects of professional color correction theory and practice, providing information ranging from room setup, detailed color and contrast theory, practical grading techniques, QC adherence, and scene balancing, to memory color and image ideals, along with a wealth of creative techniques. Whether you’re just starting out or have been grading for a while, there’s something for colorists of all levels. 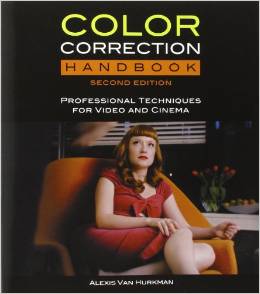 I’m proud to say that the Handbook has garnered wide-ranging praise. Here are some of the things folks had to say about the previous edition.

In addition, several schools and universities have adopted the Color Correction Handbook as a textbook in their classes on color grading and postproduction, and I can think of no more satisfying endorsement then that.

When I updated the Color Correction Handbook to its second edition, there were two hundred additional pages that wouldn’t fit. As a result, the Color Correction Look Book was born, splitting out advanced creative techniques from the Handbook into an alphabetically indexed “cook book” of creative looks that you can mix and match to create your own signature looks. I walk you through twenty-one categories of creative grading techniques, designed to give you an arsenal of stylizations you can pull out of your hat when the client asks for something special, unexpected, and unique. Each chapter presents an in-depth examination and step-by-step, cross-platform breakdown of stylistic techniques used in music videos, commercial spots, and cinema. 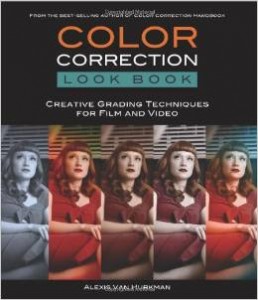 I’ve had a long history doing video tutorials about DaVinci Resolve for Ripple Training, garnering a reputation for doing some of the most comprehensive tutorials in the industry for an enthusiastic audience (my more comprehensive titles often hit somewhere around 30 hours of content). These titles began with tutorials on color grading in versions 9 and 10, but they expanded to include titles on editing as DaVinci Resolve’s capabilities grew in versions 11, 12, 12.5, and 15.

If you’re new to Autodesk Smoke for Mac, this guide will get you up to speed on the key tools in a practical, hands-on way. Featuring approachable, task-based exercises taken from the real world, this full-color, step-by-step book walks you through a professional workflow with the editing, compositing and finishing tool. Best of all, the book comes with a download link to high quality footage from my movie, “The Place Where You Live,” that you can use to follow the editing and effects exercises in the book. Full coverage scenes, and ProRes 4444 footage for keying make this footage a fantastic learning experience. 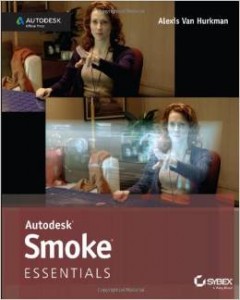 Adobe SpeedGrade – Getting Started, Updated as SpeedGrade Classroom in a Book

I wrote this electronic-only book (available as an ePub or for Amazon’s Kindle) to get users quickly up to speed with the Adobe-acquired SpeedGrade color correction application (now obsolete). A series of hands-on tutorials walked users though nearly every aspect SpeedGrade functionality. “Getting Started” was then upgraded to the Adobe SpeedGrade Classroom in a Book, which was made available in print. 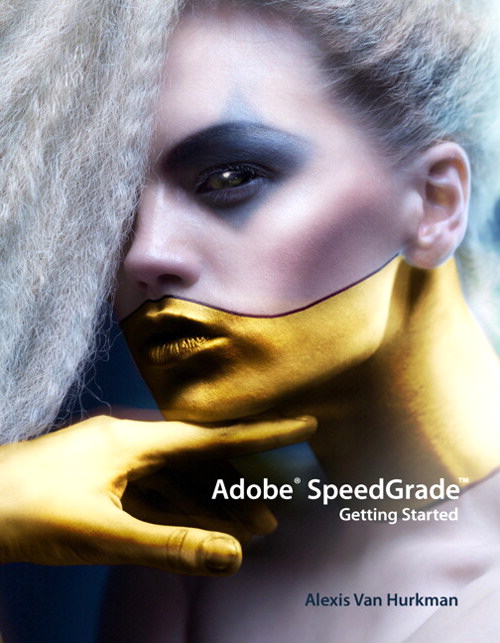 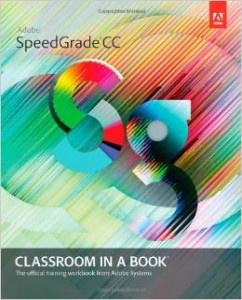 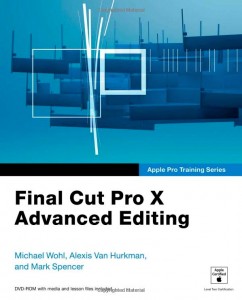 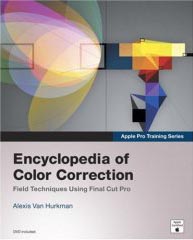 It got some great reviews:

It’s an encyclopedically organized collection of articles that compiles methods and information I’ve found valuable while working with my own clients, combining specific color correction techniques with technical information relevant to colorists and finishing editors, with hands-on exercises throughout. 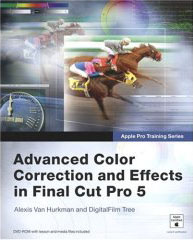 On behalf of Ripple Training, I created a one-hour set of instructional videos covering every new feature in Color 1.5, providing a focused tour of the new features and workflows available in this upgrade to Final Cut Studio 3. 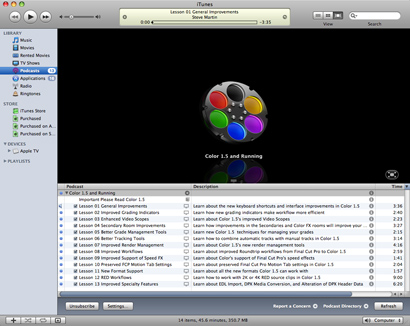 Years ago, I did my very first video training title for Magnet Media, recording lessons for the JumpStart Color title in their Digital Media Training Series. This title provided a solid foundation with 13 lessons—over four hours of training—spanning the entire application, from set up, through each corrective room of the Color interface, and wrapping up with rendering your final output.

I was a contributing writer for Larry Jordan’s Edit Well, the interactive newsletter about Final Cut Studio, with an ongoing column on color correction. Many of my articles from the series, and others from experts in Final Cut Studio applications, have been collected into the verbosely named book Edit Well: Final Cut Studio Techniques from the Pros. 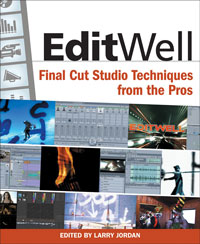 I drew upon upon my postproduction experience on behalf of Apple as one of the founders of the User Publications group, responsible for documenting Apple’s professional digital video applications. Much of my work was done on staff, but I also freelanced for Apple as the author of the Color and Final Cut Studio Workflows documentation. 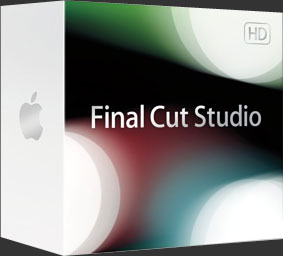 I have just completed your Color Correction Handbook and I want to thank you for sharing your secrets and commend you for your expertise. I now look at pictures with new eyes noticing where my eye goes, the detail, color casts, contrast and imagine the possibilities.

I want to be in your circle. I notice that you own limited gear. I own a 5 ton lighting truck and an Alexa package. Please keep me in mind as I would love to collaborate and learn from you.

[…] Cinema Camera, and I wanted to shoot raw and process it, dammit. I turned to video tutorials by Van Hurkman and I read his book “Color Correction Handbook: Second Edition.” I woke up early and studied. […]