My most recent directional effort was a promo for the city of Shenzhen, produced by Gaiamount, and shot in the summer of 2019, and which premiered to the public on October 1st, 2019. I conceptualized and wrote this project to be a visual documentary presented within the prelude and four movements of an original symphony composed by John Rake specifically for this piece. It shows a portrait of Shenzhen, one of China’s newest and most dynamic cities, and the people who live there. With Shenzhen being a major hub of both industry and design in China, each phase of city living fits into this symphonic framework–work, outdoor living, culture, and leisure, as manifested in the districts, businesses, and population of Shenzhen. In the process, this movie shows how the ongoing development of Shenzhen is gradually reconceptualizing what’s possible in the relationship between the city’s residents and the buildings, green spaces, and civic spaces that are being built, expanded, and maintained to encompass them. Shot in 8K, finished in 4K HDR with surround sound.

The summer of 2018 I co-wrote and directed the Gaiamount-produced Chinese-language short “Carry My Heart to the Yellow River,” shot on location in the Gannan area of Gansu province and the city of Shenzhen, with a Chinese cast and American/Chinese crew.

(In Postproduction) I wrote and directed this 9 minute science fiction short in 2017. It’s currently still in postproduction, awaiting final effects and sound. Shot in 4K, to be finished in 4K HDR with surround sound. 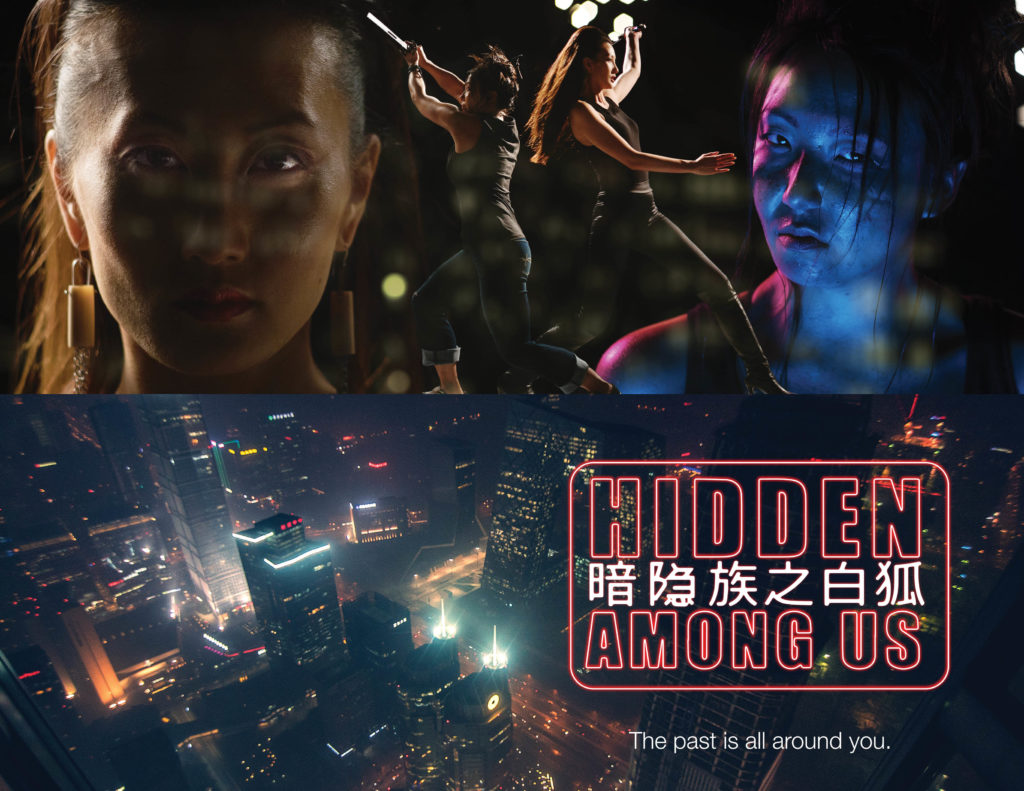 A young Chinese-American woman’s thirst for vengeance shatters her life when she’s transformed into a rage-fueled demon. But enemies become allies when she joins a 400-year-old fox fairy, a private detective, and a University Professor to battle mystical forces threatening all of Beijing.

Wrote and directed a short dramatic scene in Minneapolis, MN. Shot with full coverage, it was used as educational content. Shot in 4K digital.

In 2014-2015 my award-winning 12 minute Science Fiction Short, “The Place Where You Live” was accepted to 18 film festivals internationally.

Nina Ashton, a professor of physics, is abducted by her counterpart from an alternate dimension–one in which her husband has died. To reunite with him, her doppleganger switches places, leaving Nina struggling to rebuild the machine that opens the gateway between dimensions to regain the life that should be hers.

More information on the making of this project can be found here and here. Watch the movie, and get more information about the project at the film’s website. Shot in 4K, finished at 1080p with stereo sound.

(In development) I’ve written an original science fiction scripted series, and directed the animated pilot in collaboration with illustrator and storyboard artist Ryan Beckwith. The format consists of thirteen 10-minute episodes intended for a streaming audience. 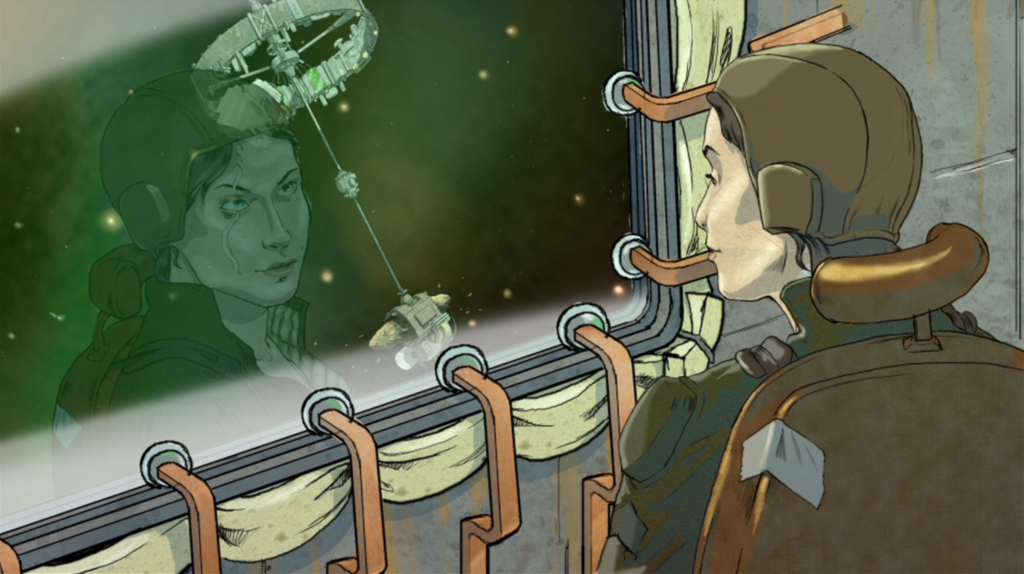 Starship Detritus is a rollicking science fiction series that follows the misadventures of the crew of interstellar freighter RT-7411, led by captain Corelie Meyers, as they embark upon a salvage operation that’s not at all what it seems to be. Along the way they grapple with space pirates, corrupt Transit Authorities, the mechanizations of their shipowner, and above all the fragile state of their own malfunctioning vessel… 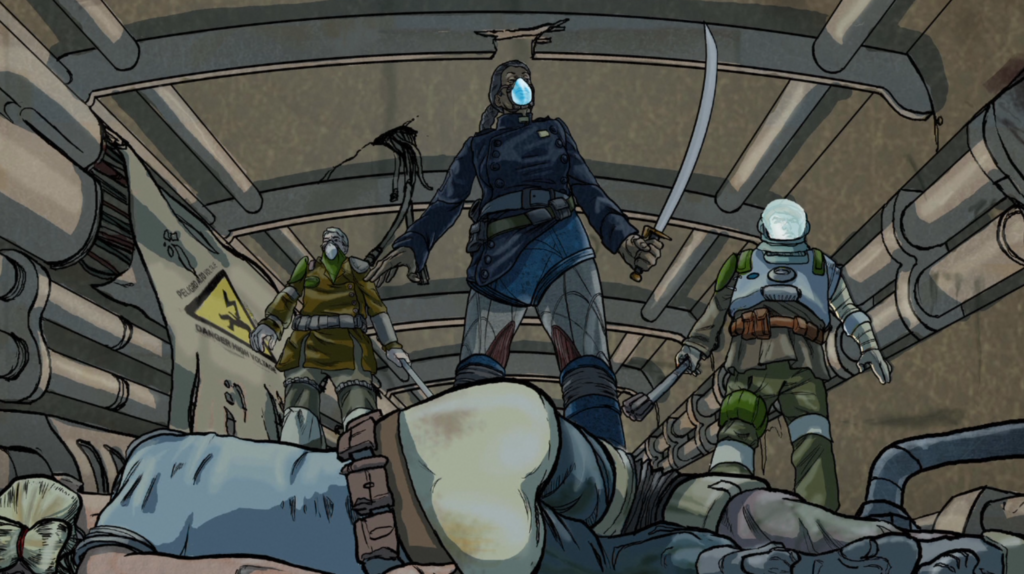 I wanted to create a science fiction universe with an excuse for galaxy-roaming swashbuckling adventure, but with enough hard SF adherence to the laws of physics to be plausible, and with the grit and grime of an ironic distopianism that lets audiences know that something went wrong on the way to our future in space. 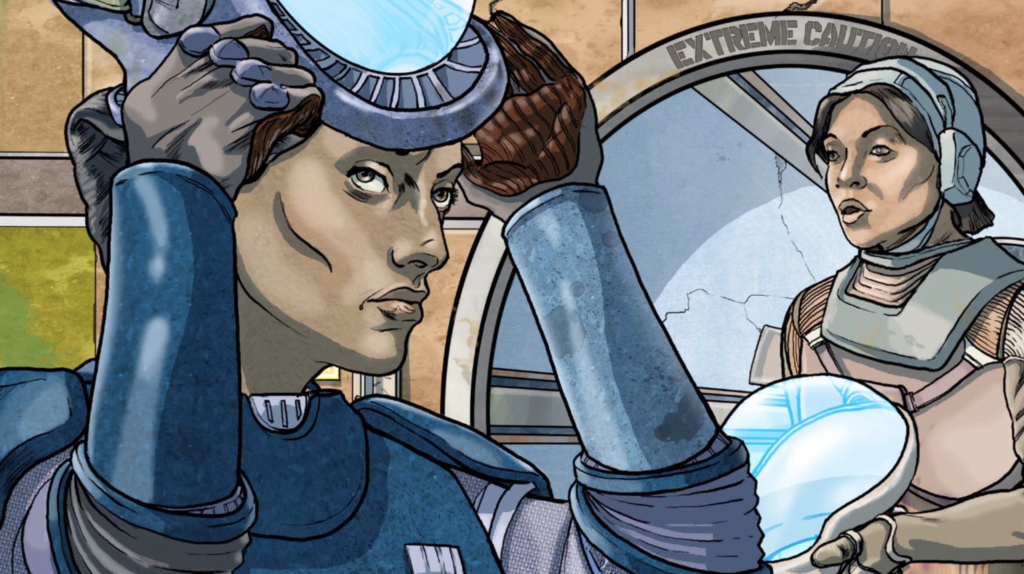 (In development) I wrote and did extensive development work for a feature-length gothic horror/adventure project that I pitched to Hammer Films in 2009. 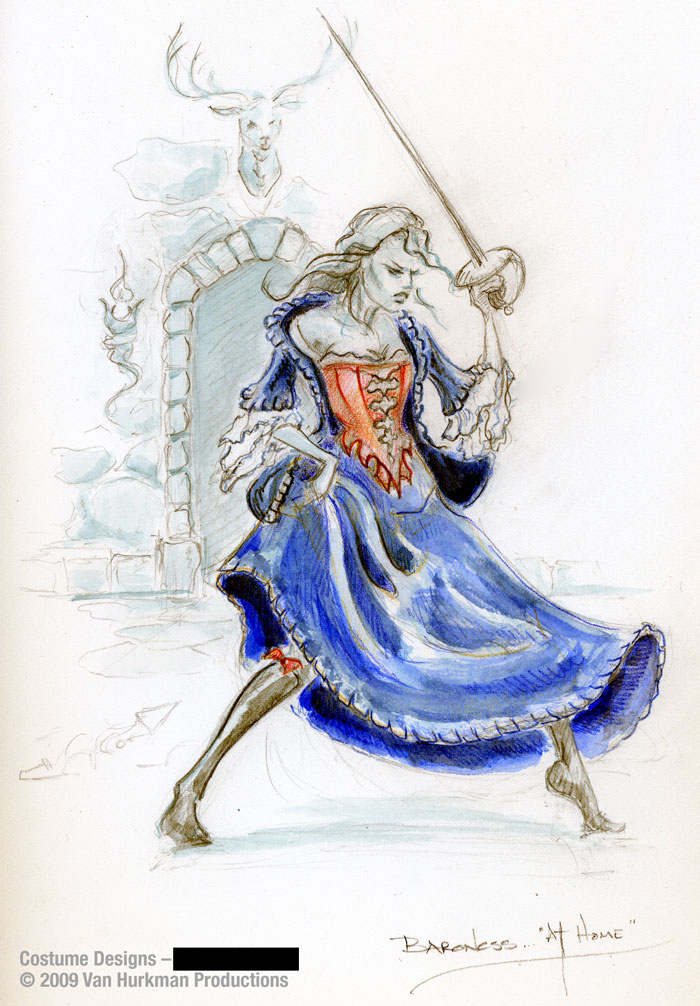 After four years of on-location shooting throughout San Francisco, Los Angeles, and the grueling deserts of Box Canyon and Coyote Dry Lake, I completed the feature length Four Weeks, Four Hours in 2005. 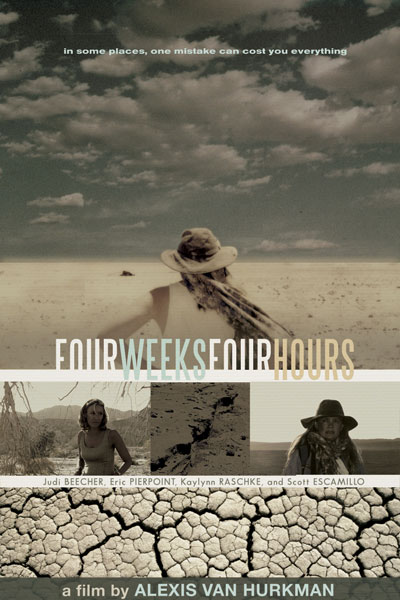 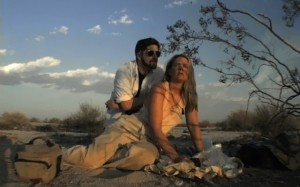 Two tales of survival unfold in this intense character study of two vastly different women. Judi Beecher (The Shield, JAG) and Kaylynn Raschke (Nash Bridges, Artistic License) respectively star as a trophy wife and photojournalist, each stranded in a desert on opposite ends of the world, one for four weeks, the other for four hours. 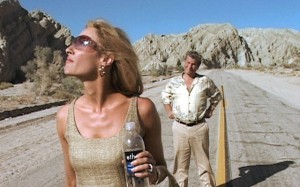 As each woman looks for rescue, they are forced to face the decisions that have led to the life-or-death moment in which they’re trapped. Also starring Eric Pierpoint (Alien Nation, Enterprise) and Scott Escamillo.

(In development) The script for my supernatural sex comedy Dating the Devil has been a favorite with readers, and after a successful fund-raiser and early success finding interested backers, I pulled together a wonderful cast, and in 2002 I directed a hugely fun readthrough for a packed audience in San Francisco’s Theater 450. 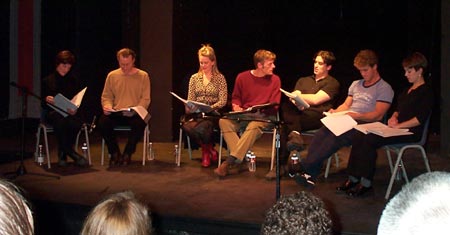 When Peter found out that his new girlfriend was the devil, he had a choice to make– Risk eternal damnation, or dive back into the dating pool. The decision was easy… As Peter tries to settle into his new relationship, his best friend decides that something must be done. What begins as a casual affair soon turns into an outrageous tug of war over Peter’s soul as his friends risk everything to stop Peter from Dating the Devil…

Financial conditions in San Francisco ended up putting this project back on the shelf, but actors Kaylynn Raschke and Scott Escamillo would go on to work with me on Four Weeks, Four Hours.

In 1999, I collaborated on The Forbidden Zone with Harrell Fletcher, Chris Johanson, David Jarvey, and Elizabeth Meyer. 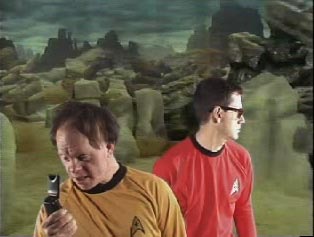 “Video, drawings and sculptural models were used to address Jarvey’s interest in an early Star Trek episode. Jarvey, who has Downs Syndrome, identifies with a character from the episode, Captain Christopher Pike. Pike has been disabled and wants to go to the forbidden planet, Talos 4, where he can live with the illusion of being “normal” once again.” (quoted from harrellfletcher.com) 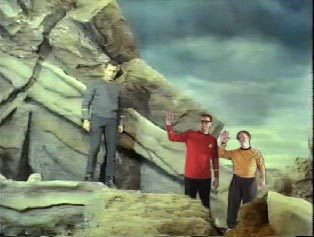 Combining bluescreened shots of David Jarvey composited against shots from the Star Trek episode “The Menagerie” with interview and home footage, The Forbidden Zone explores a unique intersection of fantasy and reality.

It functions both as a component of a larger gallery installation, and as a self-contained video short that has been exhibited worldwide. The original installation was first featured in the Yerba Buena Center for the Arts exhibit, (extra)super[meta]. Most notably the video was featured at the 2004 Whitney Museum of American Art in New York, in their biennial exhibit of emerging artists.

Peace & Quiet is a 27 minute science fiction video short that I wrote and directed in 1994—an offbeat story of a space freighter engineer who wants to leave his job for a life of quiet contemplation, and ends up getting exactly what he asks for when he winds up stranded on the high plains of a distant planet.

Subject to the limitations of low-budget video production in the times before DV, it was shot on S-VHS, complete with in-camera effects including glass-mattes (painted by artist Andrew Georgeades), studio sets, and on-location shooting. 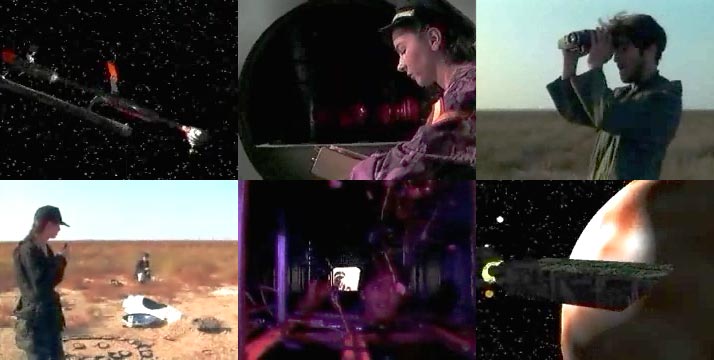 Postproduction at the time involved a capture resolution of 320×240, but working at this resolution enabled me to include 3-D graphics and compositing effects which before that time were unavailable to this type of independent production. The QuickTime Movie master was originally intended for 1990’s CD-Rom playback, and so was compressed rather more heavily then the average web movie these days. Time and technology have marched on since I finished this project all those years ago, but I remain proud of my first foray into digital video as both a director and postproduction artist.