If you’re a DaVinci Resolve user who’s about to grade a project shot with any of the Blackmagic Design cameras and recorded using CinemaDNG raw, you should seriously consider upgrading to Resolve 11.2.1 if you haven’t already started your project (if you’ve already started, then don’t upgrade yet, as a matter of principle).

One of the more significant updates is an improvement to CinemaDNG debayering inside of Resolve, which will improve any CinemaDNG raw clip being debayered to Rec. 709 regardless of when it was shot or what Blackmagic Camera it’s from.

If you open the CinemaDNG option of the Camera Raw panel of the Project Settings, you’ll see the following Camera Raw controls. The new features are the “Apply Pre Tone Curve” and “Apply Soft Clip” checkboxes. 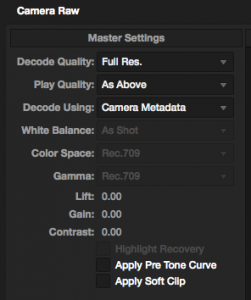 The “Apply Pre Tone Curve” checkbox, which is on by default for previously created projects, exists to preserve backward compatibility with the previous method of debayering for projects you’ve already graded (in which your adjustments depend on the original debayered output). However, I’m also told that the Pre Tone Curve setting may look better with CinemaDNG raw files coming from other sources, so if you’re importing .dng media from cameras other then those from Blackmagic Design, you can always try toggling this on to see which type of debayering you prefer.

If you turn this checkbox off, or if you create a brand new project in Resolve 11.2.1 or higher in which this checkbox is off by default, then you’re using a newer, nicer-looking method of debayering for all CinemaDNG media in your project. Here’s a comparison of the old vs. new debayering: 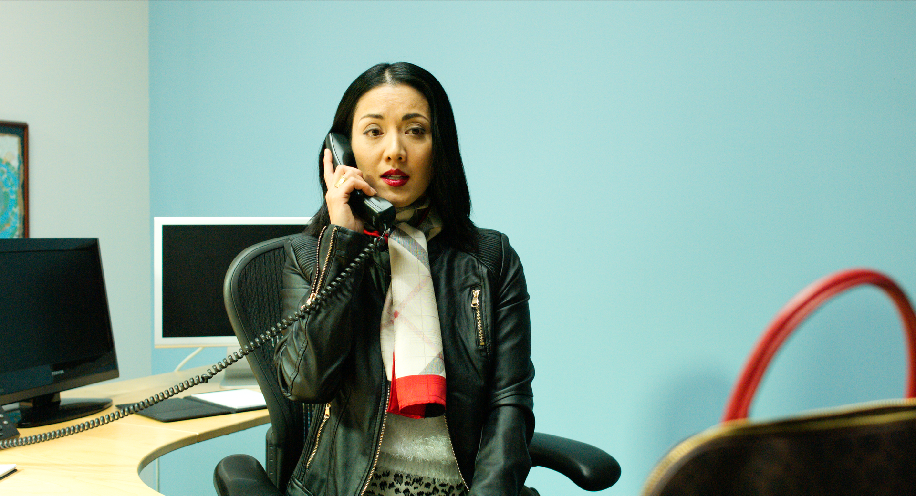 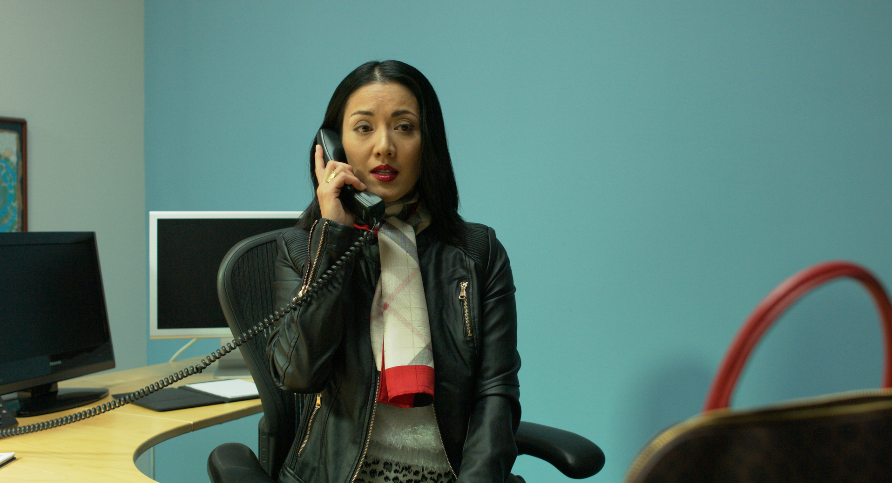 Additionally, there’s also a new “Apply Soft Clip” checkbox (it’s off by default). With this checkbox turned on, you cannot reenable “Apply Pre Tone Curve,” as this is an optional function of the new debayering, that serves to bring high dynamic range parts of the signal (super bright highlights) back into the picture as image detail you can see and adjust, similarly to if you’d used the Highlights control to retrieve this part of the signal. Here’s a comparison of a snowy wide shot using the old debayering, versus the new debayering with Soft Clip turned on. 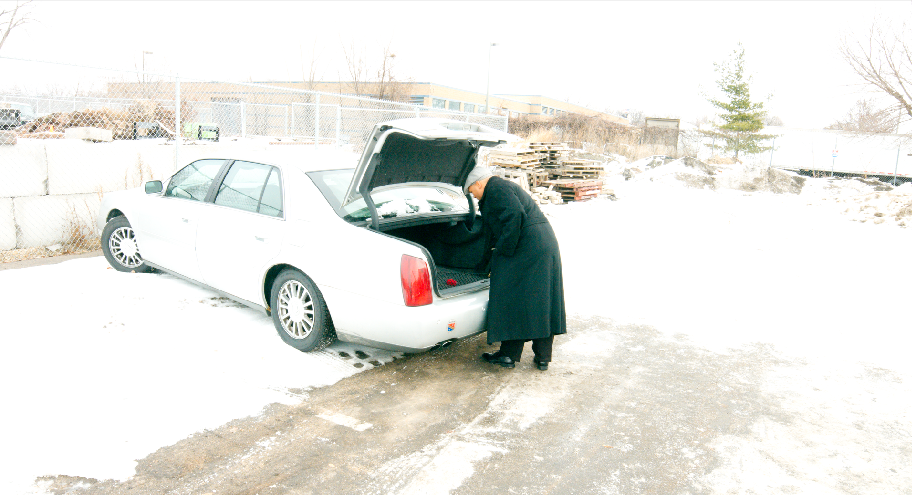 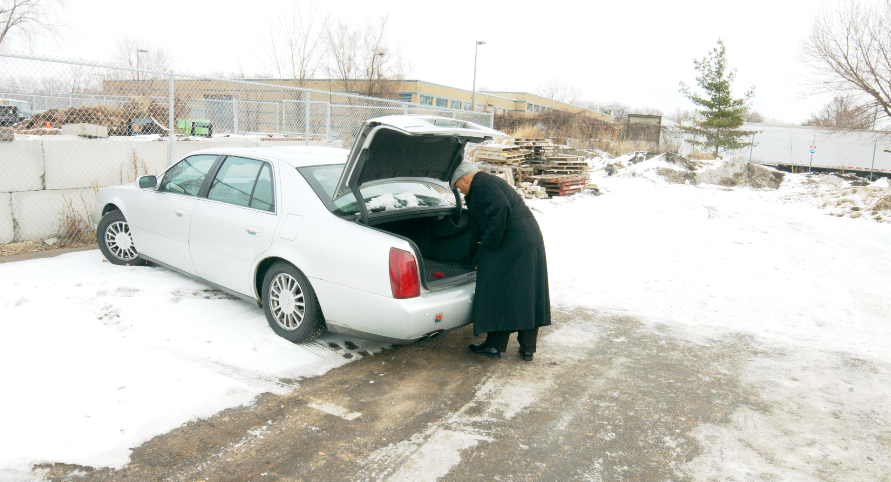 With the current project I’m working on, shot using the Blackmagic URSA camera, I’ve found the new debayering settings immediately provides an image with denser shadows, more neutral color balance, and richer color; an image that’s easier to grade right off the bat when debayering straight to Rec. 709. Obviously this is just a starting point, but a better starting point reduces the number of steps it takes you to get to the final image you want. This is a welcome improvement that, frankly, makes the raw output of all Blackmagic cameras look even better right from the get go, no matter when the material was shot.

There’s No Best Software, Only What You’re Capable Of

[…] Meanwhile, you can read more from Van Hurkman’s experience grading with DaVinci here. […]

Kaylynn made the ultimate egg sandwich this morning.

Today, the Caruso. Equal parts Gin and Dry Vermouth, quarter as much Creme de Menthe. Orange twist. Unusual, refreshing, surprisingly not sweet. This would be nice for lunch. From American Bar.

When I skewered the garnish for the Bloodies, I swear I was just being symmetrical. Then Kaylynn pulled hers out of the glass and I saw it.

Penny getting her morning lap time.

I did not realize that cats can have hiccups. Managed to document one, for science.

For your consideration, the Vesper, of Ian Fleming fame. Gin, quarter as much Vodka, eighth as much Lillet, lemon twist. Nice change of pace from a regular Martini. Joy of Mixology.

Installed. I dunno, maybe I need a bigger display for the space…

So I needed an HDR display in my home office for some work I’m doing, and for various reasons the 65’ one was the only one that made sense. But good lord. There’s a couch behind that box…

“Horseman on the Roof” is one of my favorite movies of all time, and it grieves me I can’t find it on Blu-ray, I’m still watching it on DVD. Gorgeous cinematography, wonderful cast deftly directed, and a smart script with a unique portrait of masculinity. Extra bonus, an epidemic amidst revolution is the backdrop for this sweeping adventure.

Used my international Blu-Ray player to screen the restored “Devil Rides Out.” One of my favorite Hammer films, script adapted by Richard Mathison.

Gin and tonics for our afternoon movie.

Just another Sunday morning at the Hurkman/Raschke self-isolation compound.

Watched the Criterion Blu-Ray of David Fincher’s “The Game.” A terrific thriller. Beautifully shot and edited. San Francisco movie giving a glimpse of the city as I knew it when I lived there.