Home Directing “The Place Where You Live” Updates
DirectingFilmmaking 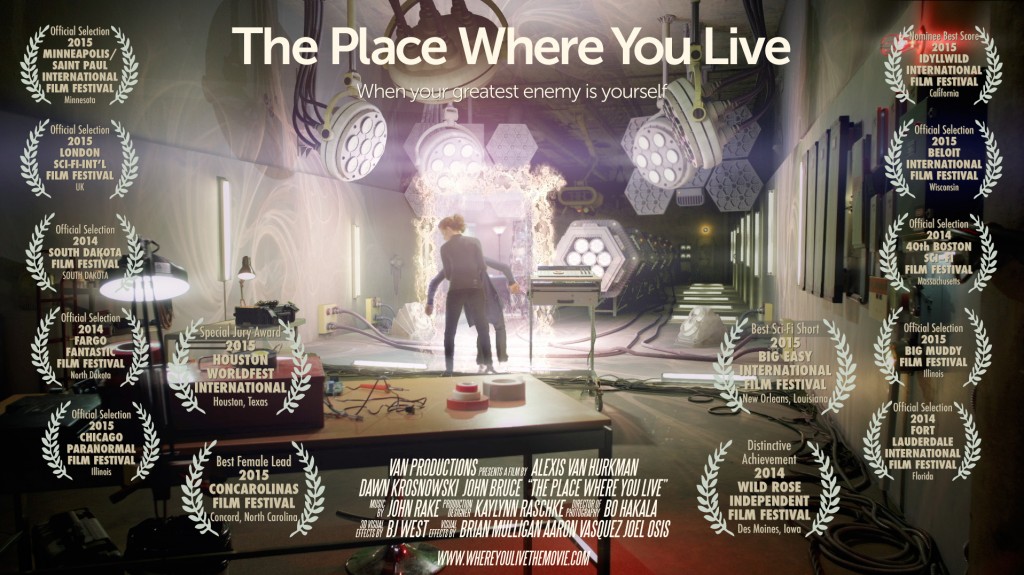 (Updated 9/8/15) This is the last update, as we’ve played all of the film festivals that we were accepted to, and we’re not expecting to hear from any more. At final count, “The Place Where You Live” is up to eighteen festival acceptances, and one non-festival screening in Beijing, with six awards presented, and one additional award nomination. They were all great experiences, and the resulting laurels are a welcome addition to our poster.

The last festival acceptances delayed the public release of “The Place Where You Live,” pushing it to September. Everyone’s been incredibly patient during my film festival adventures, and I apologize for this last push out, but I really hadn’t anticipated the last-minute festival response we got. Still, September is set in stone, and this gives me ample time to prepare its rollout.

As I mentioned previously, my last tour on the festival circuit with my indie feature “Four Weeks, Four Hours” garnered six acceptances, so this is what progress looks like, and I couldn’t be happier.