On a hill overlooking Lisbon, Portugal

I was fortunate enough to be hired to consult with Jennifer Mendes, the colorist at Lisbon post production facility Loudness Films. Comprised of four principals (Branko Neskov doing sound, Pedro Ribeiro doing editing, Jennifer Mendes doing color, and Nuno Oliveira taking care of the business side of things) this two-story facility has fantastic mixing, recording, and grading rooms designed by Joules Newell (Newell Acoustic Engineering) whom I also happened to meet as he was working on the addition of new audio editing rooms. 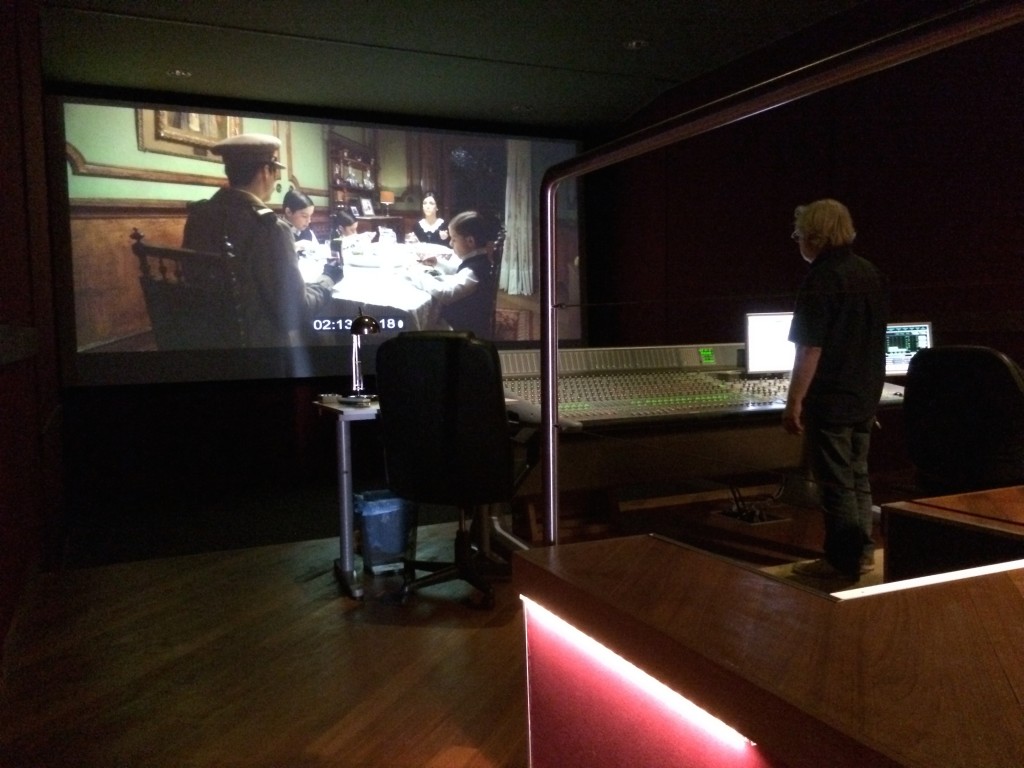 The mixing and recording rooms are absolutely top notch, Dolby certified, and palatial to an indie filmmaker like me. Audio editing and mixing veteran Branko Neskov played excerpts from a few different projects for me, and the room sounded fantastic (the large-screen projection wasn’t too shabby either). They’ve also got a secondary recording stage large enough for a band, and fully equipped with foley pits and props for cinema work.

The Recording and Foley stage at Loudness Films

The accompanying secondary mixing room is also a great audio suite in its own right. 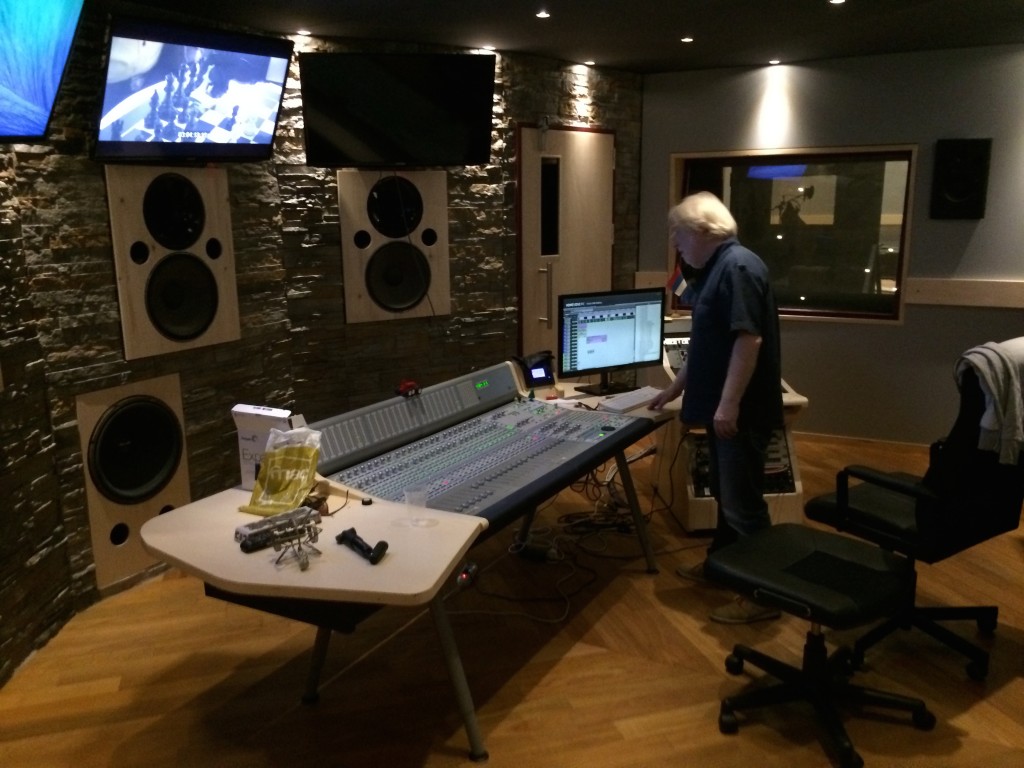 The second mixing room, connected to the recording stage

Of course, I was there to work with Jennifer Mendes in the color suite, which is fully equipped with 2K Barco projection,  a Doremi digital cinema server, a Sony OLED secondary display, and DaVinci Resolve on OS X driven by a set of Tangent Element panels and connected to the facility-wide SAN.

The grading theater, with colorist Jennifer Mendes (pardon the cookie wrapper, that was my fault…)

I particularly love the glass-walled machine room just outside the grading suite. Not only does it get the projector out of the room and keep the gear cool, but it looks fantastic, and shows off the equipment nicely to clients. 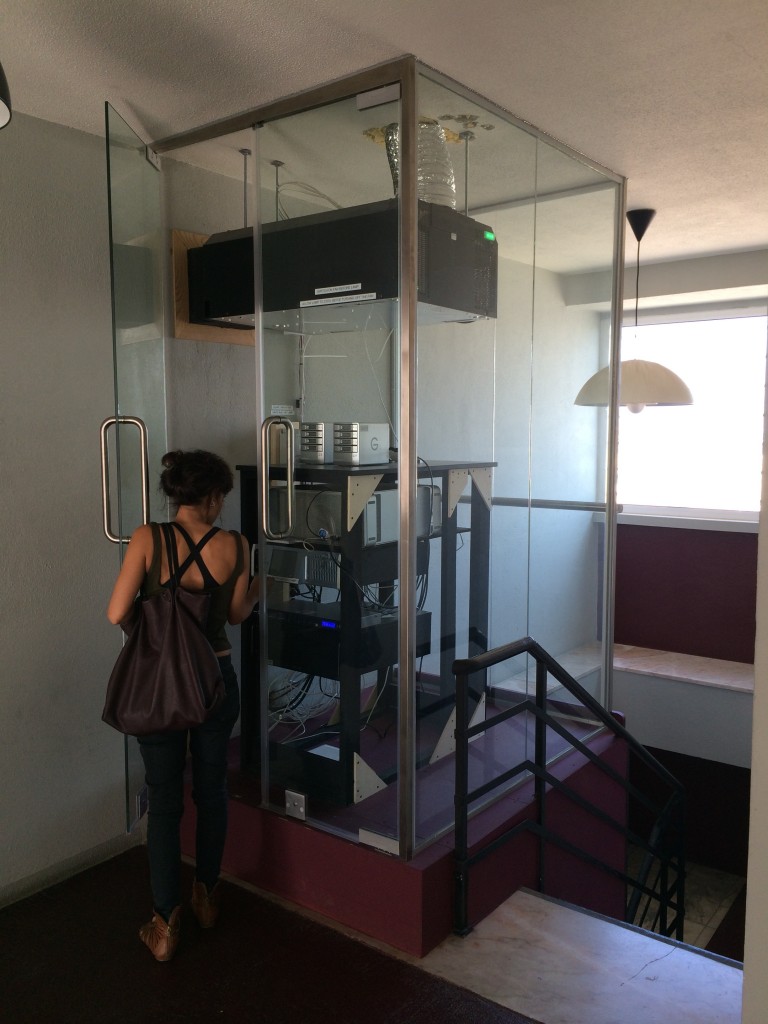 Jennifer and I spent three days going over all her questions about workflow, Resolve operational details, and grading strategy. We used some of the projects she’s been working on as example footage, and judging from her work she’s got a great eye; I was happy to compare methods and share what I could. Overall, I was very impressed with the quality and variety of the work I saw being done in Lisbon for both cinema and broadcast. 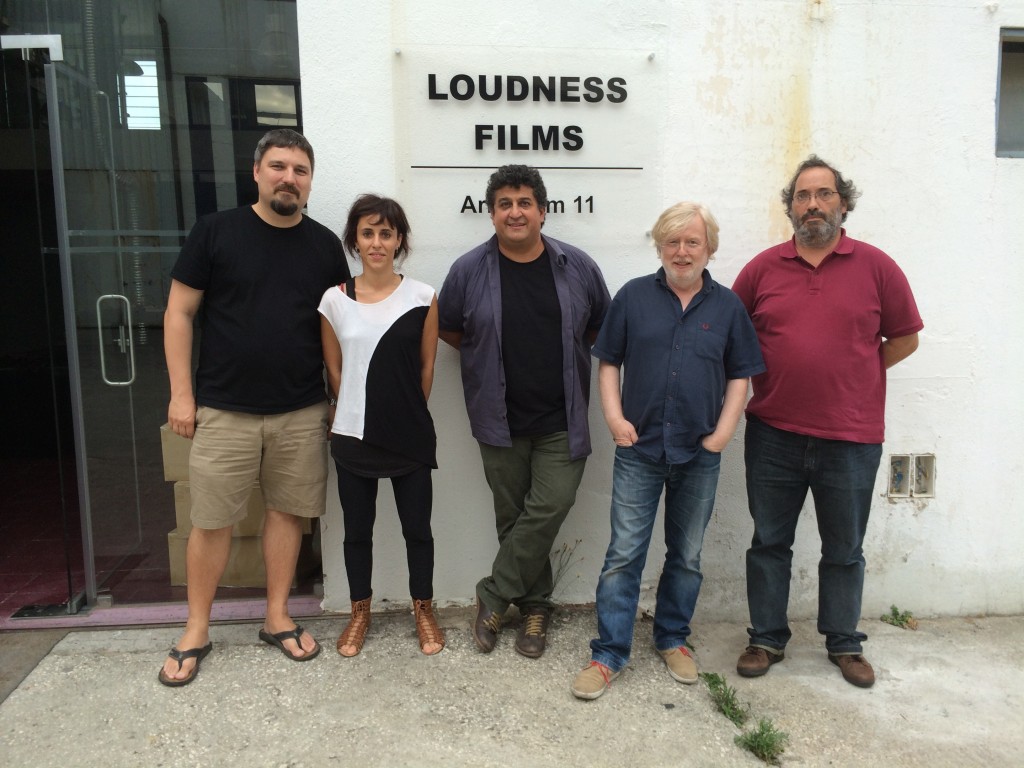 The folks at Loudness Films definitely have a sweet gig; Lisbon is a fantastic town, and the low overhead they’re able to maintain in Portugal makes them a compelling choice for cost-conscious filmmakers interested in working with them remotely to finish a project, or even for post artists flying in to rent the facilities to use themselves while enjoying Portugal’s unbelievable cuisine between sessions (and seriously, the food here is fantastic).

Being able to see how filmmaking and post are done in other parts of the world is one of the things I love about traveling, and from what I’ve seen in Lisbon I hope to be back someday.

Postproducing “The Place Where You Live”

What Display Should I Buy? An Opinion Piece…

That’s one of the most beautiful little post houses i have ever seen, I will love to work (or own je je) one like that. Grate post!

The sound mixing room is gorgeous! Must be like a kid in a candy store using that equipment.