I received some fantastic news this week from my collaborator, illustrator Ryan Beckwith, regarding our long-term project, Starship Detritus. He’s been laboring for months on the art for our pilot episode of this animated science-fiction series. This being a side-gig for both of us, his work as a commercial storyboard artist kept interrupting (damn you for being so successful, Ryan!), but getting the news that he’s finished is the biggest leap forward since I finished writing all 13 episodes of the first season. 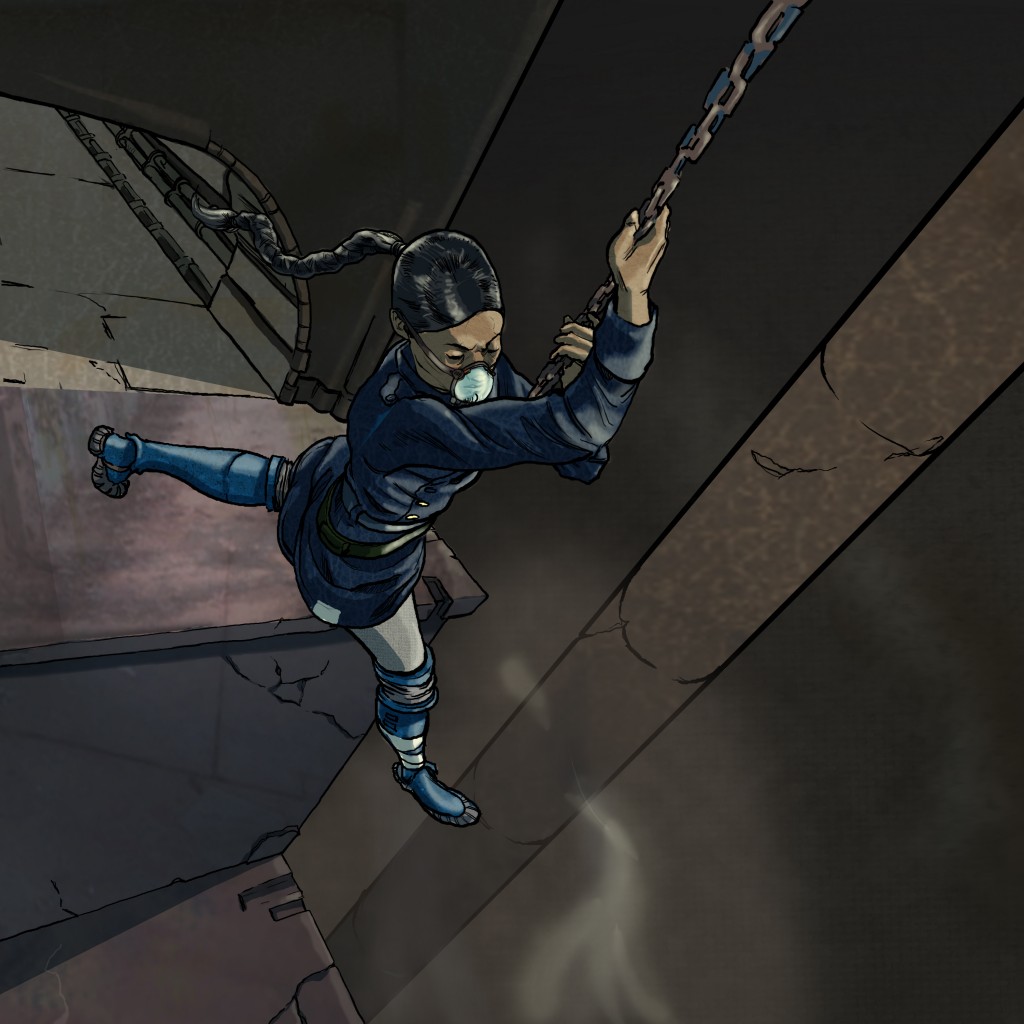 Of course, now it means I need to get off my backside and start scheduling some After Effects character animators to put these images into motion. Ryan’s been creating high-resolution, multi-layered Photoshop comps (in conjunction with his assistant Ryan Zalis who aided with flatting and other assorted tasks). Working with our first animator, Steve Rein, the artwork has been constructed to accommodate skeletal and puppet-tool animation in After Effects.

Being an illustrator and not an animator, Ryan has gone in a much different direction with the artwork then in most animations. From the very first color tests he did, I was impressed with the texture and detail he brought to the world I’ve written, and it’ll be exciting to see the scenes come alive. 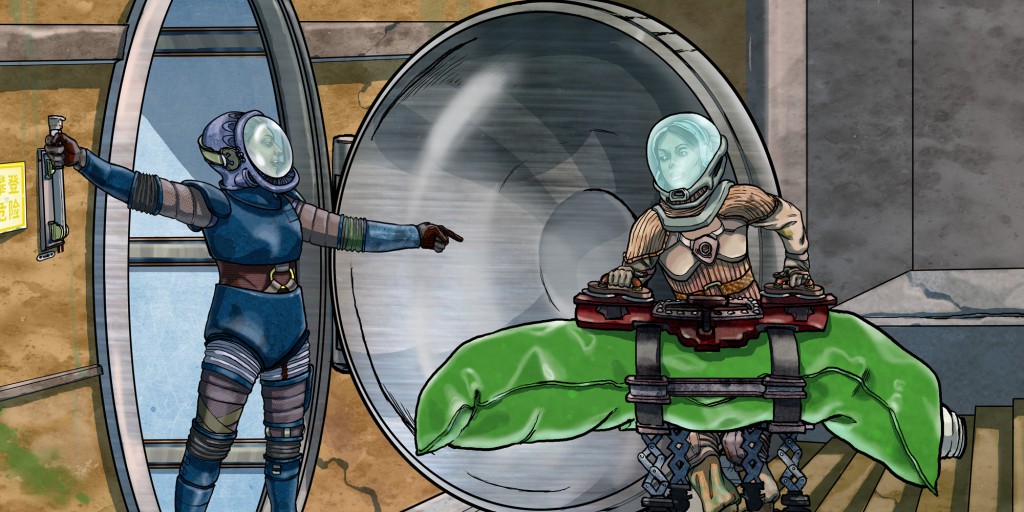 It’s a bit poignant; I used to work with After Effects every day back in the late 90’s, but having been focused on color correction for so long, at this point I’m so rusty that I’d rather work with faster artists to bring these characters to life. I’ll stick to animating the camera and framing of the final comps for rendering out the finished shots.

Of course, as the writer/director/editor, I’ve a few other things to handle. The very first thing I did, after Ryan and I storyboarded the first episode, and he created the first complete set of roughs, was to record a group of temp actors reading the script, and edit together an animatic in order to get the timing of the show right. This has been our reference going forward, and as soon as I get my hands on the full finished set of artwork, I’m looking forward to updating the animatic with the color art.

Which will take a bit of doing. The original animatic was put together in Final Cut Pro, but given this is such an After Effects-heavy project, I’m planning on moving the entire edit over to Premiere Pro in CS6, to take advantage of its AE integration. I’m hoping this creates some efficiencies. Besides, it’s an excuse to learn a new piece of software by doing something real, which I find is always the best way to learn. 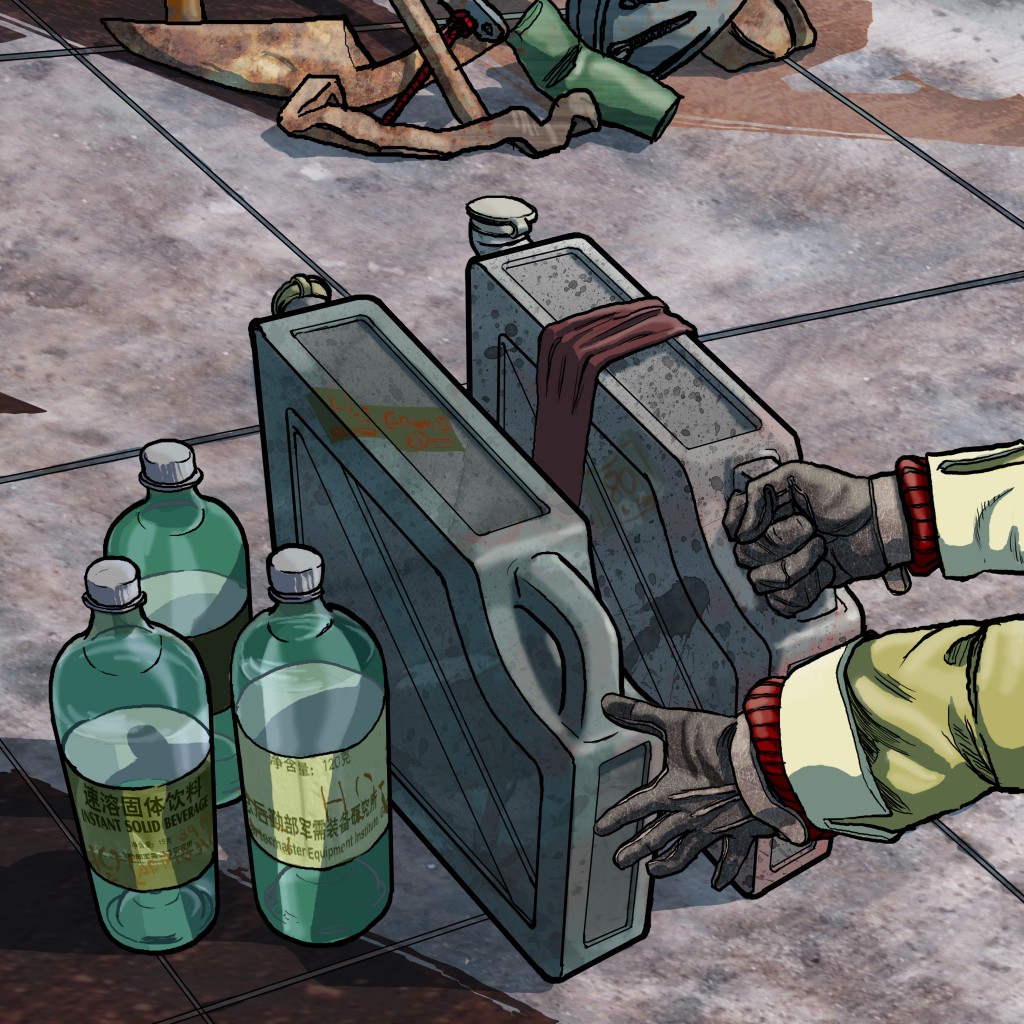 Additionally, since this process has ended up taking far, far longer then it was supposed to (par for the course), I’ve begun novelizing this first season. As fun as the 13 episode, ten-minute-per-episode structure I used for the scripts has been, there’s additional story that my chosen format simply won’t accommodate. Prose has been a perfect outlet for the added bits, and the idea of telling this story across different platforms is tremendously appealing to me. At this point I’m 11,000 words into the novelization, and having tremendous fun with it. Alas, now my day job is interrupting, since working on the new version of the DaVinci Resolve 9 manual is proving to make scheduling creative time challenging.

Moving forward, there are plans within plans, and I’ll be sure to share more when there’s more to share. It’s easy to get caught up in the day-to-day grading and tech-writing work that I do, but creative projects like this are what brought me into post-production in the first place, and it’s gratifying to be making progress on my biggest creative project to date.

What’s in a Name?

Good on you guys for putting in so much work (great discipline) and exploring your creative sides. Best of luck with it! Hope the journey continues to be fun.

Thanks! We keep reminding ourselves that “the journey is the reward,” but it’s still nice to hit milestones. I can’t wait until there’s more to share.

[…] worked out by New York-based illustrator Ryan Beckwith (with whom I’ve been laboring on Starship Detritus). Ryan does a lot of professional storyboarding for commercial spots and features as well, so […]