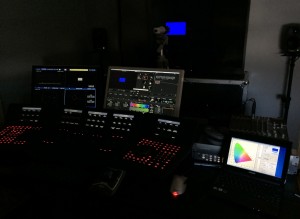 Been working my way through the second book of this classic trilogy. It’s a crazy read with fun characters that puts Wushia movies into perspective.

Not a terrible place to have a remote vacation.

Ringing in the new year with Gin & Tonics at home.

On the road, went to McDonald’s to make the breakfast order of the beast.

Been helping my uncle spec, assemble, and configure a home theater with 7.2.4 Dolby Atmos and a 77” LG OLED screen. Have it set up with temp scaffolding while we nudge the configuration. Sounds pretty sweet.

Why in the name of all that is good and right would anyone create puffs with Brussel Sprout flavor. Why?!

Kaylynn and I trimmed the tree. After 20 years of collecting glass ornaments, I think we’ve achieved peak ornamental density.

I usually don’t post photos from my home office, but this is what it’s like working at home in Minnesota. Frost on every window.

Closing out the night with a Pimm’s cup.

I’ve induced so many diners to start carrying Cholula by bringing my own that I ought to get a commission.  #cholula   #cholulalife

Got the tree up. Man I love the wide angle lens on the new iPhone.